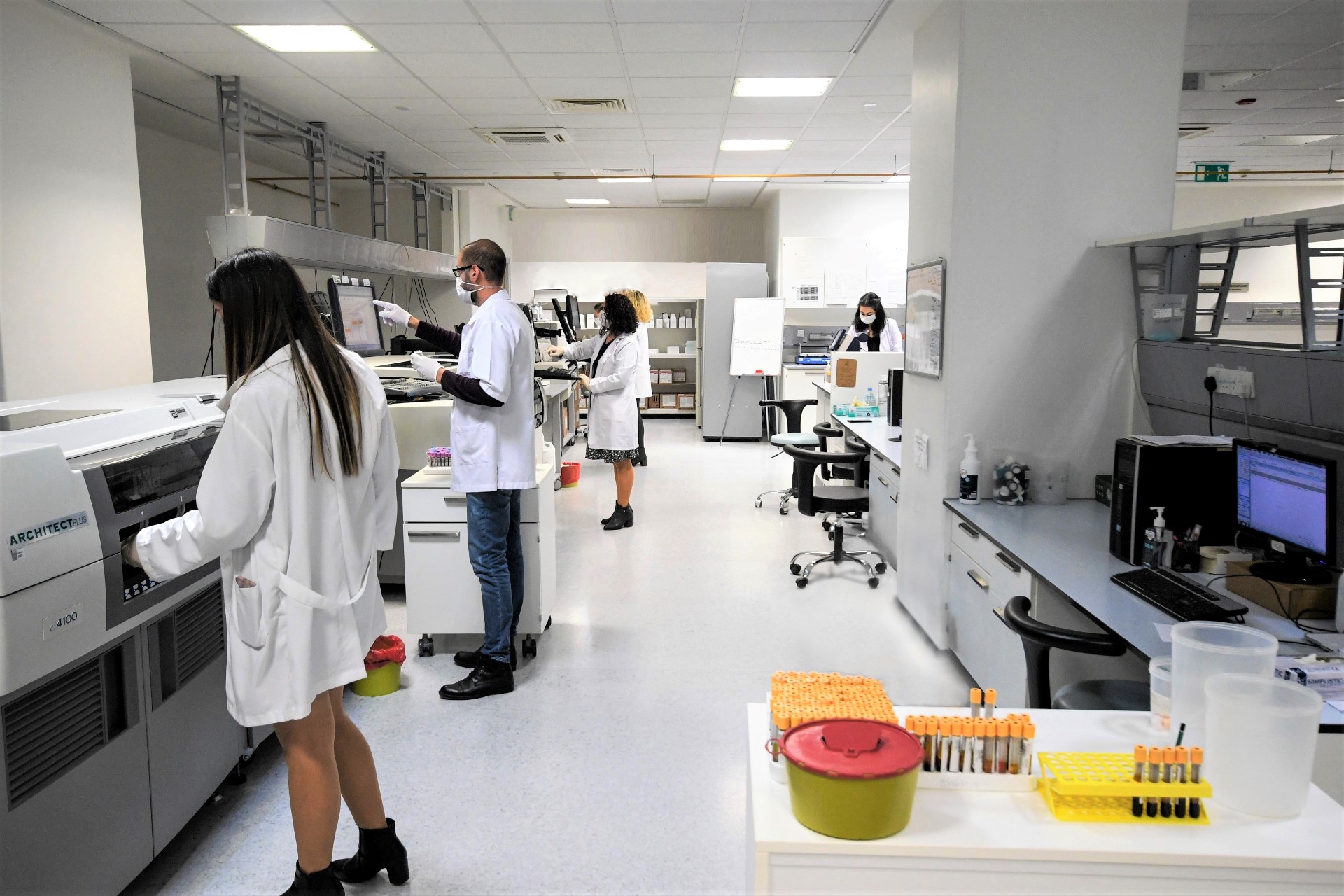 Near East University Hospital’s medical genetic diagnosis laboratory equipped with new generation technologies provides services to patients with nearly 400 different genetic tests. Thanks to the extended test range, the presence of many common and rare genetic diseases can be diagnosed. In addition, genetic factors underlying recurrent miscarriage and unhealthy baby births can be determined. In oncology, hematology, cardiology and neurology patients, drug susceptibility tests are also used to ensure the effectiveness of treatment depending on the use of the right drug and appropriate dose. The new generation methods used in genetic tests at the Near East University Hospital Medical Genetic Diagnosis Laboratory allow results to be obtained within 48 hours.

Today, genetic diseases and the determination of carriers related to these diseases have become one of the most important focus areas of the modern medical world. Early diagnosis of hereditary diseases, which can be passed down from generation to generation through the genes in our DNA, provides experts with opportunities for early intervention. Thus, the quality of life of individuals can be maintained. It is possible to bring healthy generations to the world.

While genetic testing reveals the risk of developing inherited cancers, it also plays a key role in identifying and treating genetically mutated tissues that will lead to cancer.

Since birth, information such as development, growth, intelligence, emotion, and thought take place in our DNA. While the babies of the couples who do not have a genetically transmitted disease are born healthy, the babies of the parents who have a genetic disease or carriers continue their lives by struggling with health problems.

Due to the genetic codes possessed, the effects of drugs on the human body can also differ. The same drug and dose used in the treatment of two different people with the same disease may not have the same effect. With pharmacogenetic tests, the positive, negative and neutral effects of drugs and doses on individuals can be analyzed.

All these genetic tests that can be performed at the Near East University Hospital are of great importance for a healthy society and a healthy future. 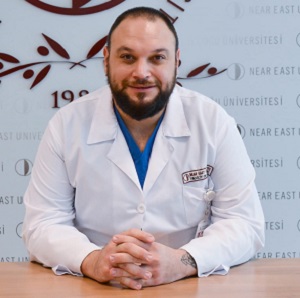 The only laboratory that performs SMA carrier test in TRNC
Head of Medical Genetic Diagnosis Laboratory Assoc. Prof. Dr. Mahmut Çerkez Ergören talked about the importance of genetic testing and the expanding genetic testing range of the Near East University Hospital.

Noting that the Near East University Hospital is the only laboratory in the TRNC that performs SMA carrier testing, Assoc. Prof. Dr. Ergören said that thanks to genetic tests for Beta Thalassemia, Alpha Thalassemia, cysticfibrosis, hemochromatosis, congenital deafness and Familial Mediterranean Fever, structural and numerical disorders of chromosomes can be determined, and many diseases and syndromes such as mental retardation, learning difficulties, autism and down syndrome can be detected.

It is possible to determine the right drug and the right dose with genetic tests in oncology, cardiology, neurology and hematology patients.
Today, despite the rapid progress in the pharmaceutical industry, the success of the treatment of diseases is below the expected levels. In many individuals, the disease is resistant to treatment despite the use of medication, or the patients may be exposed to unwanted side effects of drugs. Studies show genetic differences between individuals as the reason. Due to genetic differences, the elimination rate and metabolism of drugs vary from person to person. While the same drug and dose used in individuals suffering from the same disease is insufficient for some, it can have a toxic effect for some individuals.

Assoc. Prof. Dr. Ergören said that they can analyze the positive, negative and neutral effects of drugs used in the treatment of neurological, cardiological, hematological diseases and cancer with the pharmacogenetic tests performed at the Medical Genetics Laboratory of the Near East University Hospital. Assoc. Prof. Dr. Ergören continued as follows; “By examining the response of individuals to certain drugs with the genetic tests we perform, we help determine the right drug types and doses for them. Thus, we can produce the right drug treatment solutions according to the genes. At the same time, we can predetermine the possibility of the proposed drugs to have a toxic effect on the tissues. In this way, it is possible to protect patients against adverse situations that may occur due to drug use. It is ensured that the appropriate drug for treatment is given in the appropriate dose.”

The cause of recurrent miscarriages during pregnancy sheds light on genetic testing
Especially in couples undergoing IVF treatment, recurrent miscarriage and unhealthy baby birth may be due to a genetically inherited disease. Genetic tests performed separately for men and women prevent the possibility of miscarriage and provide great benefits in predicting and preventing chromosomal disorders, metabolic and genetic problems that may occur in the baby.

Next-generation DNA sequencing analysis can be carried out
Stating that the Bioinformatics Analysis and Data Interpretation Unit was established within the Near East University Hospital Medical Genetic Diagnosis Laboratory, Assoc. Prof. Dr. Ergören said that they are the only disease assessment center in Northern Cyprus where these analyzes are made, and added; “Especially for difficult-to-diagnose or clinically complex genetic diseases, we can perform whole-exome/whole-genome sequencing analyses in a pool of 31 million variants with data from more than 650,000 patients. At the same time, we can perform analyses at our own laboratory using international IVD-approved databases for diagnosis and treatment planning of hereditary or acquired cancers.”