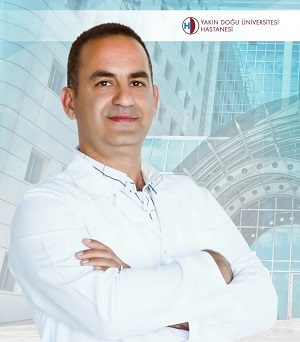 Gülseren Bozalanlar, a rheumatoid arthritis patient, regained her health after the operation performed by the Near East University Hospital, Department of Neurosurgery.

Gülseren Bozalanlar, 60, who became unable to walk due to rheumatoid arthritis, which is widely known as inflammatory joint rheumatism, was operated at the Near East University Hospital by Prof. Dr. Doğa Gürkanlar and his team, and regained her health.

Rheumatoid arthritis is mostly manifested by symmetrical involvement of the small joints of the hands and feet. Rheumatoid arthritis, which can be seen in large joints such as knees, hips and shoulders apart from small joints, can cause permanent damage such as severe pain and loss of physical function, if not treated. Thus, early diagnosis and appropriate treatment are of great importance in the disease that negatively affects work and social life. 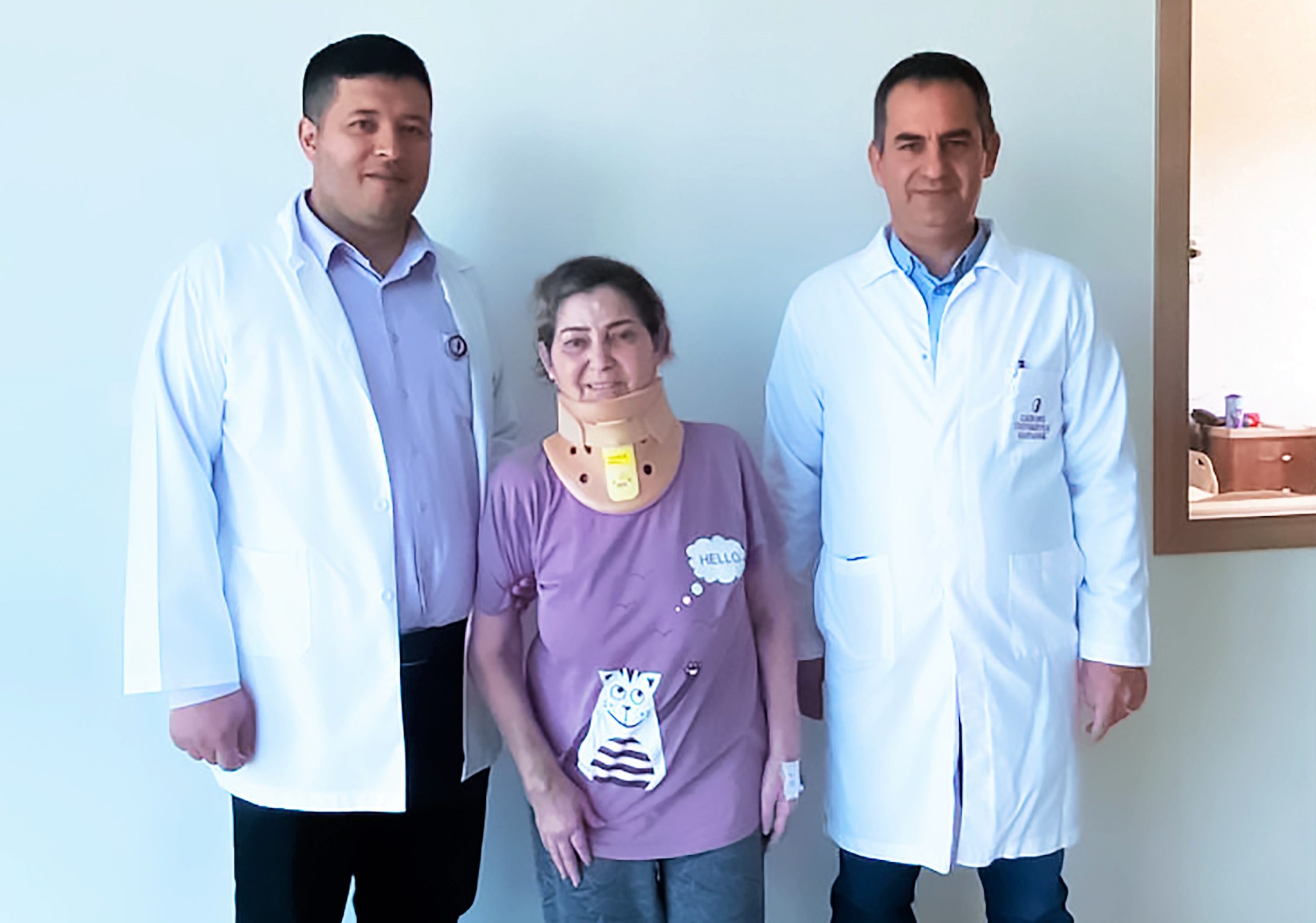 Gülseren Bozalanlar continued her life as bedridden.
Gülseren Bozalanlar, 60, who had recently been operated on at the Near East University Hospital, had been forced to live with rheumatoid arthritis for a long time. Expressing that her complaints have increased recently, Bozalanlar said that severe pain and loss of strength in the head and neck junction area have been added to the difficulty of walking in the last two months, and that she has become unable to meet her daily needs without help. Bozalanlar said that she has been continuing her life as a bedridden lately.

In the examinations of Gülseren Bozalanlar, who applied to the Near East University Hospital Brain and Nerve Surgery Polyclinic, degeneration was diagnosed in the joints and connective tissue connecting the skull to the spine due to rheumatoid arthritis. It was determined that degeneration caused a shift in the joint where the skull and the spine meet and between the first two joints of the spine and put pressure on the spinal cord. Clinical examination findings also supported the reasons of the severe loss of strength in the arms and legs.

Near East University Hospital Head of Neurosurgery Department Prof. Dr. Doğa Gürkanlar stated that they decided to apply a surgical procedure to the patient in the light of the findings; “With the surgery, the skull of the patient was connected with the cervical vertebrae and the pressure on the spinal cord was removed. This surgical intervention, which can have very serious complications such as bleeding, respiratory distress, infection and even paralysis, was successfully performed by our team. None of the feared complications materialized. Our patient, who was followed up in the intensive care unit for a short time after the operation, was immediately taken to the inpatient service.”

With the supportive treatment practices of the Physical Medicine and Rehabilitation Clinic team, Gülseren Bozalanlar was able to stand up and meet her own needs in a short time, in two weeks.

In which situation is surgical intervention applied in rheumatoid arthritis?
Early diagnosis of rheumatoid arthritis increases the success of treatment. Although treatment protocols differ from person to person, lifestyle changes that support drug treatments in early diagnosis; cessation of smoking, weight loss and exercise may be sufficient for treatment. Prof. Dr. Doğa Gürkanlar said, “Surgical interventions may be needed in the advanced stage patients. The important thing is to carry out the treatment of patients in centers that adopt the principle of multidisciplinary approach before permanent damage develops.”