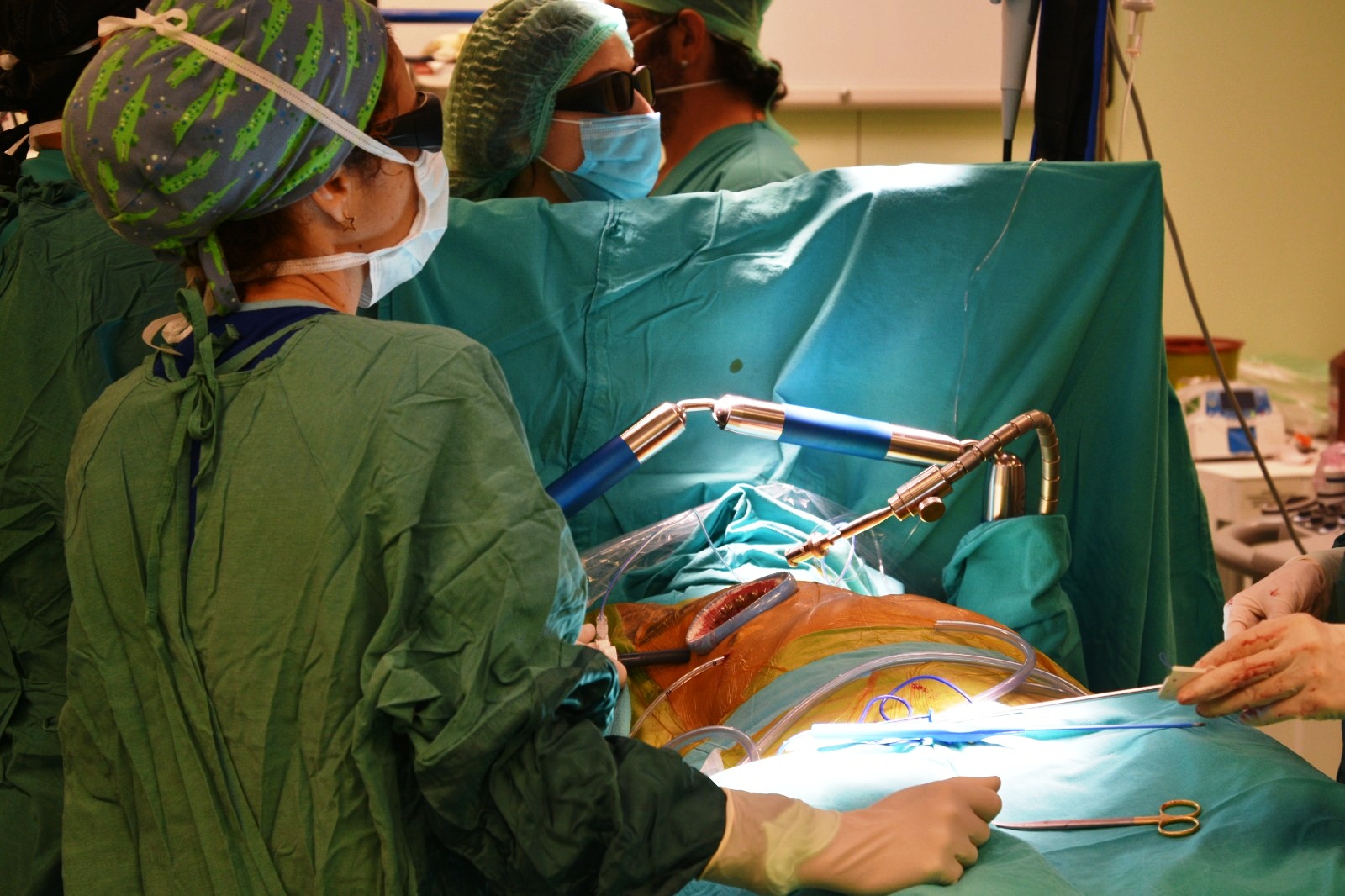 Thanks to 3D imaging technologies at the Near East University Hospital, heart surgeries are now performed with small incisions of 4 centimeters. Naci Kaya, who has mitral valve insufficiency, regained his health with the operation performed with this method.

Technology, which has a very important place in daily life, continues to show its effect day by day in the world of health. The most difficult and risky surgeries are performed both easily and comfortably thanks to the developments in technology. Thanks to the state-of-the-art products, many heart surgeries that required the opening of the chest from the front in the past are now performed through a small incision of 4 centimeters by using the 3D imaging technologies. Naci Kaya, who had mitral valve insufficiency, recovered after a three-hour operation at the Near East University Hospital and was discharged on the fourth day of the operation.

Heart valve surgeries are now much safer
Cardiac surgeries, which are performed by opening the chest from the front in the traditional method, can be performed with small incisions of 3-4 centimeters today, under the armpit or just under the chest, thanks to the developments in technology. Thanks to the camera and devices sent through the small incision, all kinds of heart valve replacement and repair can be done.

The closed camera system, which has special pneumatic arms and provides 3D imaging, is a state-of-the-art product used in heart valve surgeries. This imaging system, which is limited in Europe and used in a single center in Turkey, is only available at the Near East University Hospital in Cyprus.

Thanks to this new technology, heart surgeries with small incisions are performed in a much shorter time and in a much safer way. Thanks to the special glasses used during the operation, the pneumatic arm and the screen image quality, surgeons’ command of anatomy increases. Thus, operation times are shortened, patient safety is ensured and the chance of surgery success increases.

Near East University Hospital Cardiovascular Surgery Department Specialist Assist. Prof. Dr. Özlem Balcıoğlu says that the success of the surgery in this method is achieved by the combination of hospital infrastructure, a trained and experienced surgical team, and the appropriate conditions of the patient. 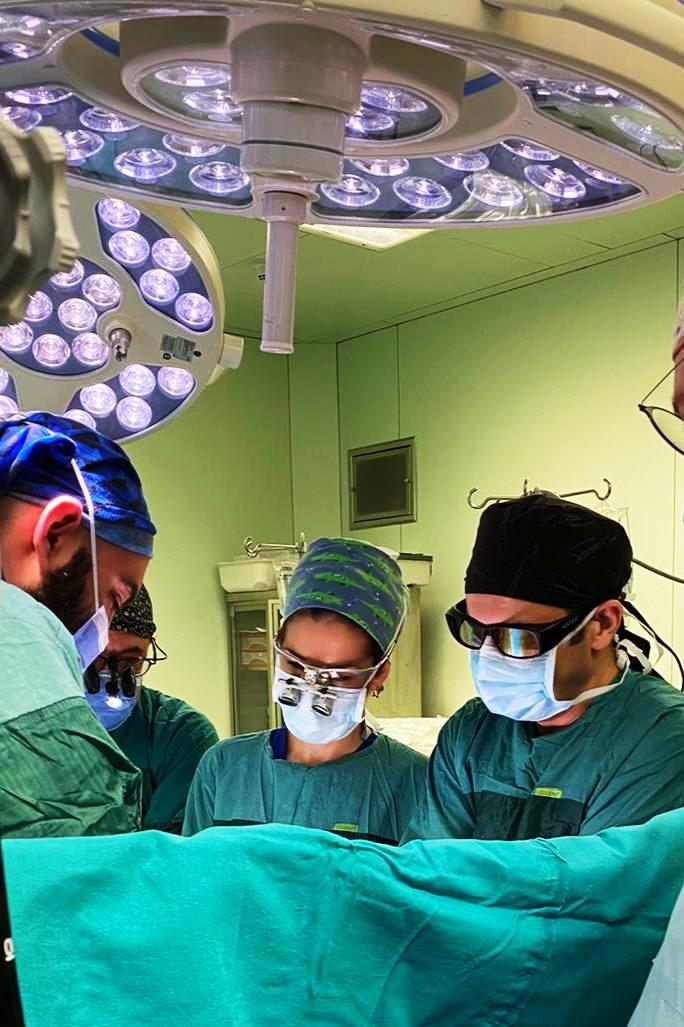 Mitral valve insufficiency patient Naci Kaya regained his health after a 3-hour surgery
Naci Kaya, who was under the control of the specialists of the Near East University Hospital Cardiology Department due to mitral valve insufficiency, is one of the names who regained his health with this method. Stating that Kaya’s complaints of shortness of breath and fatigue have increased recently, Assist. Prof. Dr. Özlem Balcıoğlu stated that as a result of the preliminary examinations, the patient was found anatomically suitable for surgery with a small incision. After the necessary preparations were completed, Naci Kaya underwent a mitral valve repair operation through a 4-centimeter incision under the chest with a 3-dimensional closed system imaging camera and mini-thoracotomy method. In this operation, the part of the mitral valve that caused the leakage was detected and repaired with special sutures. Then a synthetic ring was placed and the repair was completed.

After the operation, which lasted less than 3 hours, the patient was taken away from the ventilator. He was taken to inpatient follow-up from the intensive care unit within 24 hours. On the fourth day of the operation, he was discharged in good health. 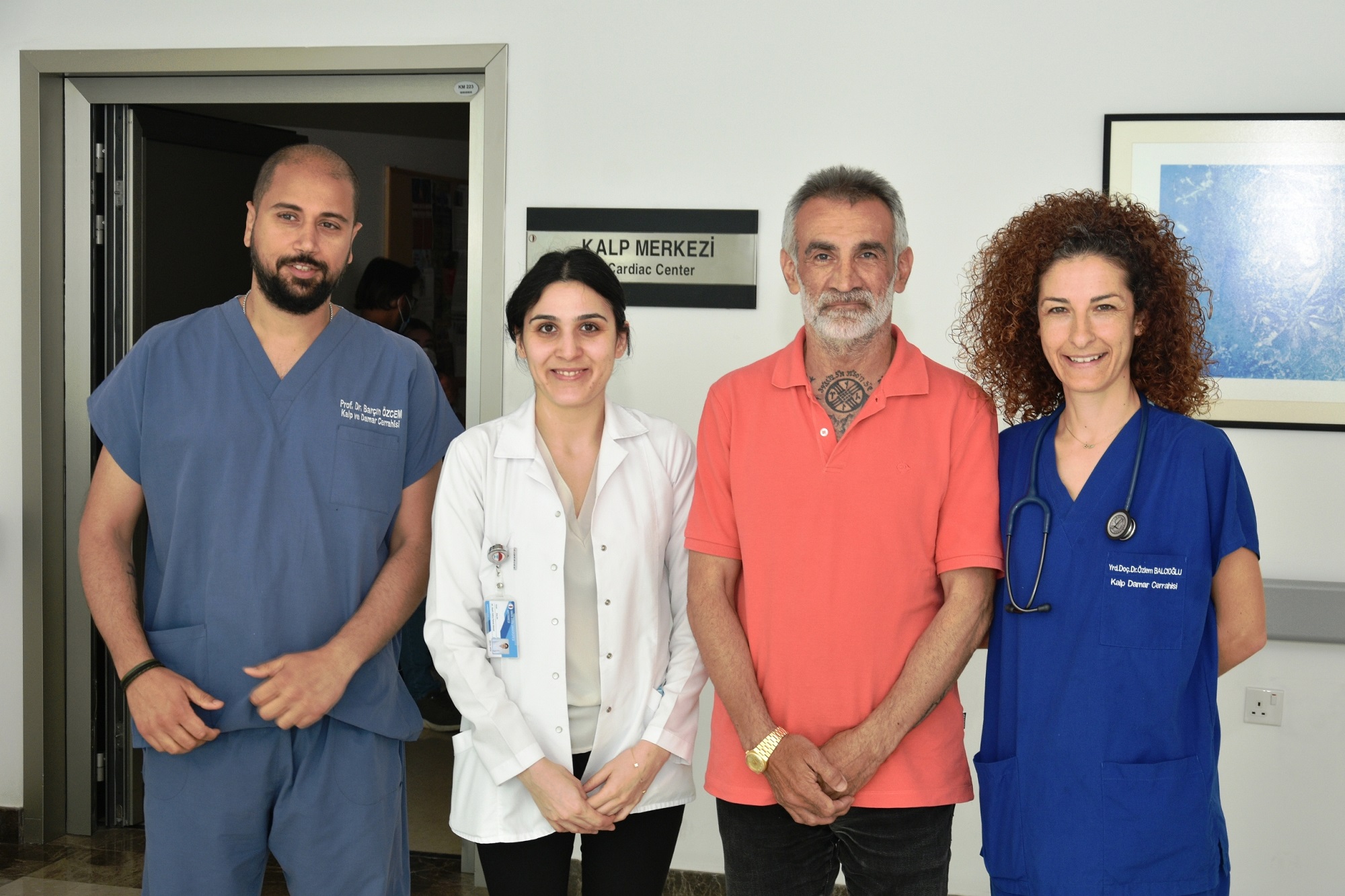 Surgery with small incisions provides a great advantage to the patient and the doctor.
The 3D imaging system enables larger surgeries in smaller spaces. Near East University Hospital Cardiovascular Surgery Department Specialist Prof. Dr. Barçın Özcem said that small incision surgeries provide great comfort to the patients, and added; “In addition to the operation times, the length of stay of the patients in the intensive care and inpatient service follow-up is shortened. It is possible to be discharged in a much shorter time. The limitation of movement after the operations performed with the classical method is not encountered in the small incision method. Less pain is felt, while the risk of infection is reduced. Earlier recovery provides the opportunity to return to daily life early. It is not necessary to protect the chest against external traumas.”

Echocardiographic examination is extremely important at every stage of the surgical process.
Whether the patient is suitable for small incision heart surgery or not is decided by the cardiologists before the surgery. These examinations include computed tomography, angiography and echocardiography.

Near East University Hospital Cardiology Department Specialist Assoc. Prof. Dr. Hatice Kemal Günsel said, “Before this type of surgery, patients should definitely undergo echocardiography. Appropriate patient selection and correct evaluation of valve structure are very important in determining the postoperative success. The heart valve of our patient was checked with the endoscopic echo method during the operation, and it was found that the valve was normal and never leaked in the controls performed at the end of the operation. Our patient now has a very healthy heart.” 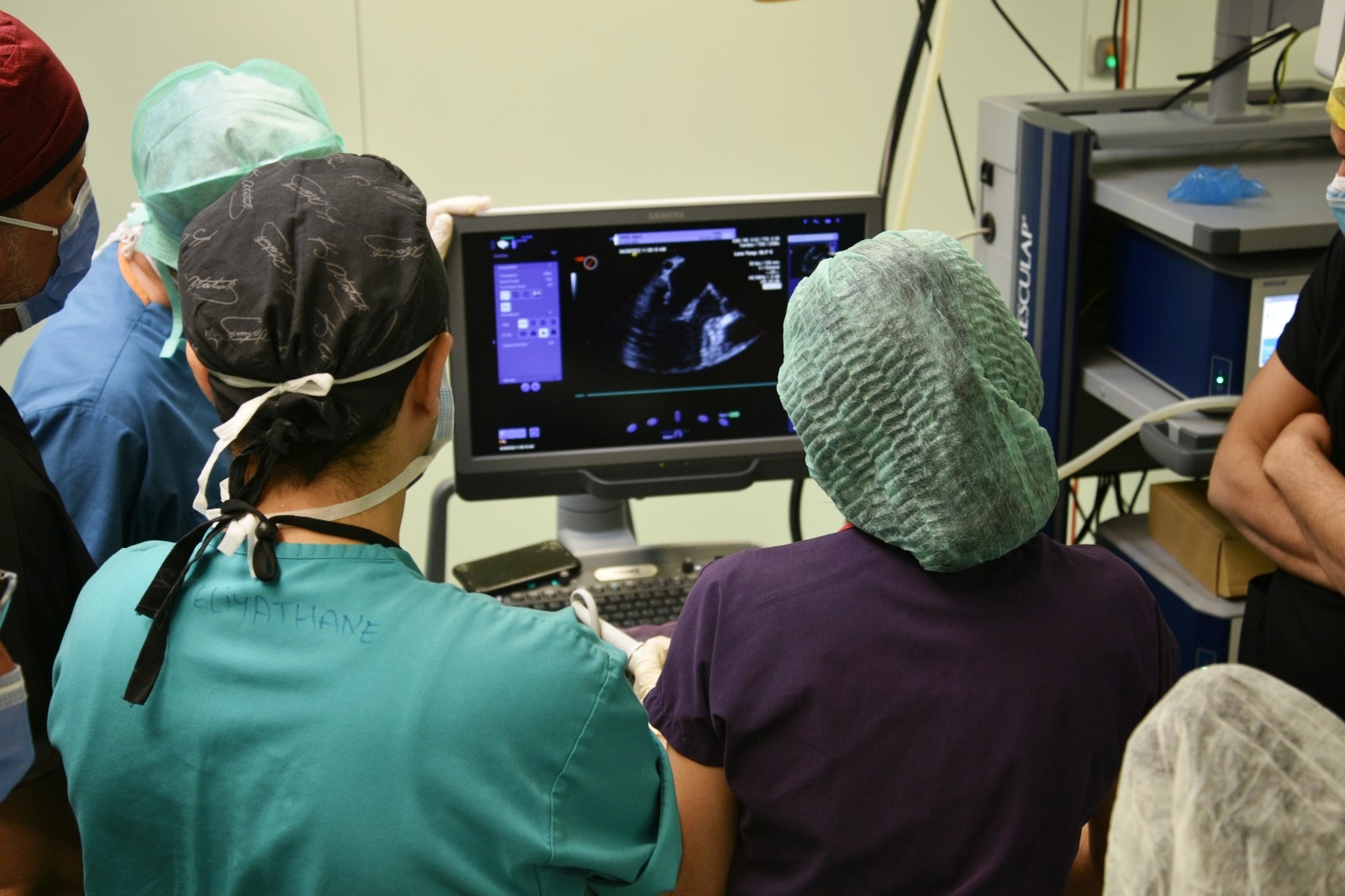 Naci Kaya: “I don’t feel like I had surgery.”
Naci Kaya, who regained his health after three-dimensional imaging and heart valve surgery through a 4-centimeter incision at the Near East University Hospital, said, “I was very scared when I was diagnosed with mitral valve insufficiency about a month ago. However, when my doctors informed me, all my fears disappeared.” Kaya, who recently had a 3-hour operation, says that he does not feel like he had surgery. Stating that he drives a motorbike and is interested in water sports, Kaya said that he returned to his daily life without any problems after the surgery. Naci Kaya, who said that the cardiology team of the Near East University Hospital prepared him very well for the surgery psychologically, emphasized that he regained his health in a short time with the latest technology devices used. Naci Kaya, in addition to his happiness at regaining his health, added that it is a great pride for the country to have this surgery with such a technological infrastructure in the Turkish Republic of Northern Cyprus.

What is the mitral valve?
The mitral valve is a valve with two leaflets located on the left side of the heart. Mitral valve disorders, which can be congenital, rheumatic or age-related, manifest as insufficiency or stenosis. In both cases, the small incision method can be used in mitral valve surgery. With this method, the repair of the mitral valve and, if the repair is not suitable, its replacement can be done safely.