Do yourself and your loved ones a favor and quit smoking! 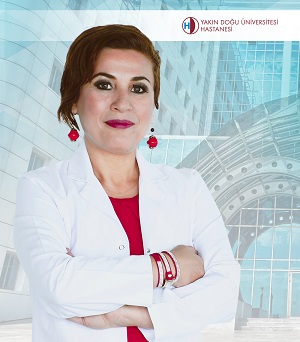 Every year, millions of people in the world are hospitalized or die as a result of diseases that develop due to tobacco addiction, especially cigarettes. Near East University Hospital Chest Diseases Department Specialist Dr. Fadime Tülücü reminds that smokers do great harm not only to themselves but also to their entire environment.

The new year is a very good opportunity with symbolic meaning to make and implement many resolutions to improve our lives. Getting rid of cigarettes and other tobacco products, which are among the most dangerous epidemics in the world, is one of the best decisions you can make in the new year. Near East University Hospital Chest Diseases Department Specialist Dr. Fadime Tülücü reminds that cigarette smoke not only harms the user directly, but also harms passive smokers. Noting that recently, besides the “second-hand smoke”, the harms of “third-hand smoke” have also been considered, Dr. Tülücü said, “The sticking of cigarette smoke on people’s clothes and skin and the formation of harmful substances in their breath is defined as ‘third-hand smoking’. First-degree relatives, especially babies, are most affected by this situation.

Non-smoking social environments are needed
“The use of open spaces in socializing environments such as restaurants and cafes during the pandemic period creates an increased risk in terms of second and third-hand smoke exposure,” saying Dr. Fadime Tülücü drew attention to the necessity of creating smoke-free air spaces. Stating that the creation of non-smoking areas such as parks, gardens, restaurants, cafes and their dissemination has become an important need, Dr. Tülücü stated that this will be a respectable and encouraging behavior in today’s municipality governments.

Products such as hookahs and electronic cigarettes are not innocent
Dr. Fadime Tülücü also stated that the claims that products such as hookahs and electronic cigarettes are innocent are purely purposeful and misleading, and continued as follows; “The use of hookah, which has increased in recent years, is not only harmful, like all other tobacco products, but also poses a risk for the transmission of diseases such as tuberculosis and hepatitis. Electronic cigarettes and smokeless tobacco products, which are put on the market by the tobacco industry with the claims that they have the feature of quitting smoking, also create a danger equivalent to cigarettes.

Dr. Fadime Tülücü: “It is possible to quit smoking!”
Drawing attention to the necessity of taking a difficult process in quitting smoking and requesting support from health institutions, Dr. Fadime Tülücü said, “When you start the new year, do yourself and your loved ones a favor, quit smoking. Of course, quitting smoking is hard and serious work. But it is NEVER IMPOSSIBLE!”