With a 45-minute operation, it is possible to get rid of carotid artery obstruction, which is the most important cause of stroke! 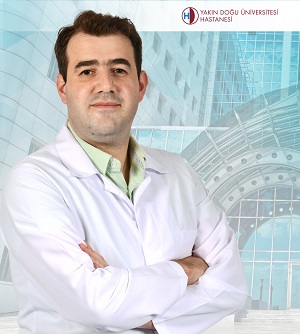 With a 45-minute operation, it is possible to get rid of carotid artery obstruction, which is the most important cause of stroke!

Carotid artery disease, which is caused by fatty substances called plaque and cholesterol residues clogging the carotid artery, can cause serious health problems such as stroke. Near East University Hospital Cardiovascular Surgery Department Specialist Dr. Raed Zalloum emphasized that occlusion of the carotid artery is a very risky condition that can lead to death and said that health controls should not be interrupted for early diagnosis and treatment.

Severe narrowing or occlusion of the “carotid arteries”, which is the most important oxygen source of the brain and popularly known as the “carotid artery”, stands out as one of the main causes of stroke, as well as heart problems and cerebral hemorrhages. If the blood flow to the brain is interrupted due to vascular occlusion or clotting, a stroke occurs, which can result in brain damage, stroke, long-term disability or death.

Near East University Hospital Cardiovascular Surgery Department Specialist Dr. Raed Zalloum points out that people who are at risk of occlusion of the carotid artery are also in the risk group for coronary artery and heart disease. Dr. Raed Zalloum says that the causes of carotid artery occlusion and stroke include smoking, hypertension, advanced age, male gender, metabolic syndrome, lack of physical activity, a family history of atherosclerosis, and high cholesterol, insulin resistance, and diabetes-related blood sugar.

On the other hand, he also stated that the presence of all these factors does not mean that it will cause carotid artery disease. Dr. Raed Zalloum points out that if some of these factors are encountered, it is extremely critical to take the necessary precautions to prevent the development of the disease.

Ignored stroke symptoms can result in death
Symptoms of stroke include loss of strength or numbness in varying degrees in one half of the body, including the face, difficulty in speaking and understanding, sudden loss of vision or decreased vision in one or both eyes, dizziness and balance disorder, unexplained and sudden onset severe headache. In this case, a doctor should be consulted as soon as possible. Dr. Raed Zalloum said “In cases where these symptoms are not taken into account, permanent brain damage due to stroke, paralysis, loss of body functions, including death can occur.”

Healthy diet and physical activity largely protect against disease
Noting that lifestyle, nutrition and diet changes and the use of blood thinners and cholesterol-lowering drugs are the most important weapons in treatment, Dr. Raed Zalloum continues: “Carotid artery disease can be prevented or its progression can be prevented by lifestyle changes. With a healthy diet and physical activity, ideal weight can be achieved, blood pressure and cholesterol levels can be kept within appropriate limits, and even good cholesterol (HDL) level can be maintained.”

With a 45-minute operation, the patient returns to his normal life
In addition to lifestyle changes, carotid artery disease can be prevented with medication and/or surgical treatments. Pointing out that endovascular and surgical interventions are also used as a treatment method in the treatment of carotid artery disease, Dr. Raed Zalloum says that the patient’s age, general health and risk factors are taken into account when deciding on the appropriate treatment method.

In physically suitable patients, the area affected by carotid artery disease is treated with surgical or interventional angiographic methods. Dr. Raed Zalloum “The carotid artery is opened in the stenosis area and the plaque causing the narrowing is removed. The operation time is approximately 45 minutes. Patients are usually discharged one day after the operation. Within a week, patients return to their normal life. This treatment, which is carried out in a number of centers in the world, is also widely applied in our hospital.