Middle ear fluid retention, which is very common in preschool childhood, can cause hearing loss in your child. 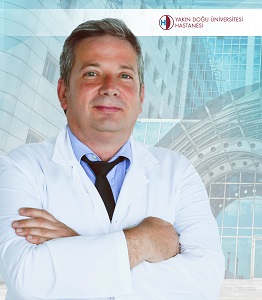 If your child turns up the volume of the TV too much, watches it closely or repeats it several times when you call, he may be suffering from painless otitis media. Especially if you have a child who has frequent upper respiratory tract infections, has complaints of nasal congestion, sleeps with his mouth open, or snores, there is a high probability of fluid retention in his/her middle ear. Near East University Hospital Department of otorhinolaryngology Specialist Dr. Remzi Tınazlı gave information about middle ear fluid retention in preschool childhood, its reasons, the importance of early detection in treatment and treatment methods.

The pressure sensation we feel in our ears when experiencing sudden altitude differences on an airplane or in the mountains develops due to the inability to equalize the external ambient pressure with the middle ear pressure before this system has the opportunity to function. When we have a cold, our ears can be blocked by the same mechanism. Particularly in preschool childhood, fluid retention in the middle ear, called serous otitis in medicine, is a very common disease.

Causes such as adenoid size and shorter and straighter Eustachian tube in children than adults, allergic structure and frequent upper respiratory tract infections can be counted. In the early stages of the disease, a mild hearing loss begins in the child. There are symptoms of nasal congestion such as sleeping with your mouth open, turning the volume of the television up or watching the television closely, not being able to hear what the teacher says in the lessons, and a constant runny nose. Families may not always notice these complaints. Most of the time, the child’s low hearing is noticed by the teachers at the school. 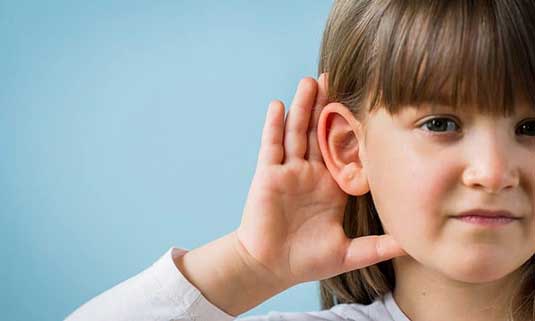 Can be treated with early treatment
If fluid retention in the middle ear can be diagnosed in the early period, it can be treated through appropriate treatment for the cause. The problem can often be eliminated with drug treatments for 2-3 weeks. However, in cases of an adenoid size that causes obstruction of the Eustachian tube and in cases where drug treatment does not work, surgical treatment is required and the result is extremely satisfactory. Permanent hearing impairments may occur due to frequent middle ear infections in untreated, delayed conditions and due to negative pressure in the eardrum and collapse of the membrane.

Always consult a specialist when you suspect your hearing loss.
In cases of fluid retention in the middle ear, there are no complaints such as ear pain, fever or ear discharge. Complaints such as a decrease in the success of the child in lessons, restlessness, deterioration of relations with friends, and balance disorder can sometimes appear as the main complaints. All of these are due to hearing loss, which occurs due to the difference between the pressure in the middle ear and the pressure in the external environment. Thus, it is necessary for parents to take their children, who they suspect to have hearing loss, to an otolaryngologist.

Treatment method
The otolaryngologist will investigate what caused the disease and apply treatment for the cause. Since runny nose and adenoid enlargement are very common in these children, they should also be evaluated in terms of allergies. Ventilation tube surgery, which is placed in the eardrum due to fluid collection in the middle ear, is a frequently performed operation that corrects hearing. The inserted tube often comes out on its own after a period of 6 months, and there is no need for a second intervention. In order not to cause permanent hearing impairment in the future, not to leave our children behind their peers, to prevent them from failing in school, one should be alert about hearing and consult a doctor before it’s too late.