Another operation, which can be performed in only a few centers in the world, was performed at the Near East University Hospital. The stomach of 42-year-old Zarif Hacıküçük, who was diagnosed with stomach cancer, and the tumor covering the main vessel feeding the stomach was removed with a very high-risk operation. During the operation performed with the closed method, a new stomach was made from the small intestine instead of the stomach that was completely removed.

Expressing that the first symptoms of the disease were difficulty in swallowing, followed by vomiting, 42-year-old Zarif Hacı Küçük said; “The food I ate did not go down in my stomach. I was vomiting what I ate.I applied to the hospital with this complain.,”

Zarif Hacıküçük, whose first examination was performed in the gastroenterology outpatient clinic of the Near East University Hospital, was diagnosed with stomach cancer as a result of radiological, endoscopic and pathological examinations.

First step oncological treatment
In the medical council held as a result of the diagnosis, it was decided to start the treatment of the patient with chemotherapy treatment at the oncology outpatient clinic. Zarif Hacıküçük explained the oncological treatment process as follows; “Chemotherapy and drug treatment started before the operation showed positive effects in a short time. I was able to eat my food. My vomiting complaint was completely gone. I was feeling better every day.” Zarif Hacı Küçük, whose tumor shrank considerably after 5 months of chemotherapy treatment, operated by Near East University Hospital General Surgery Department specialist Dr. Ahmet Soykurt. The long and difficult operation performed with the laparoscopic method, that is, the closed method, was not completed successfully. 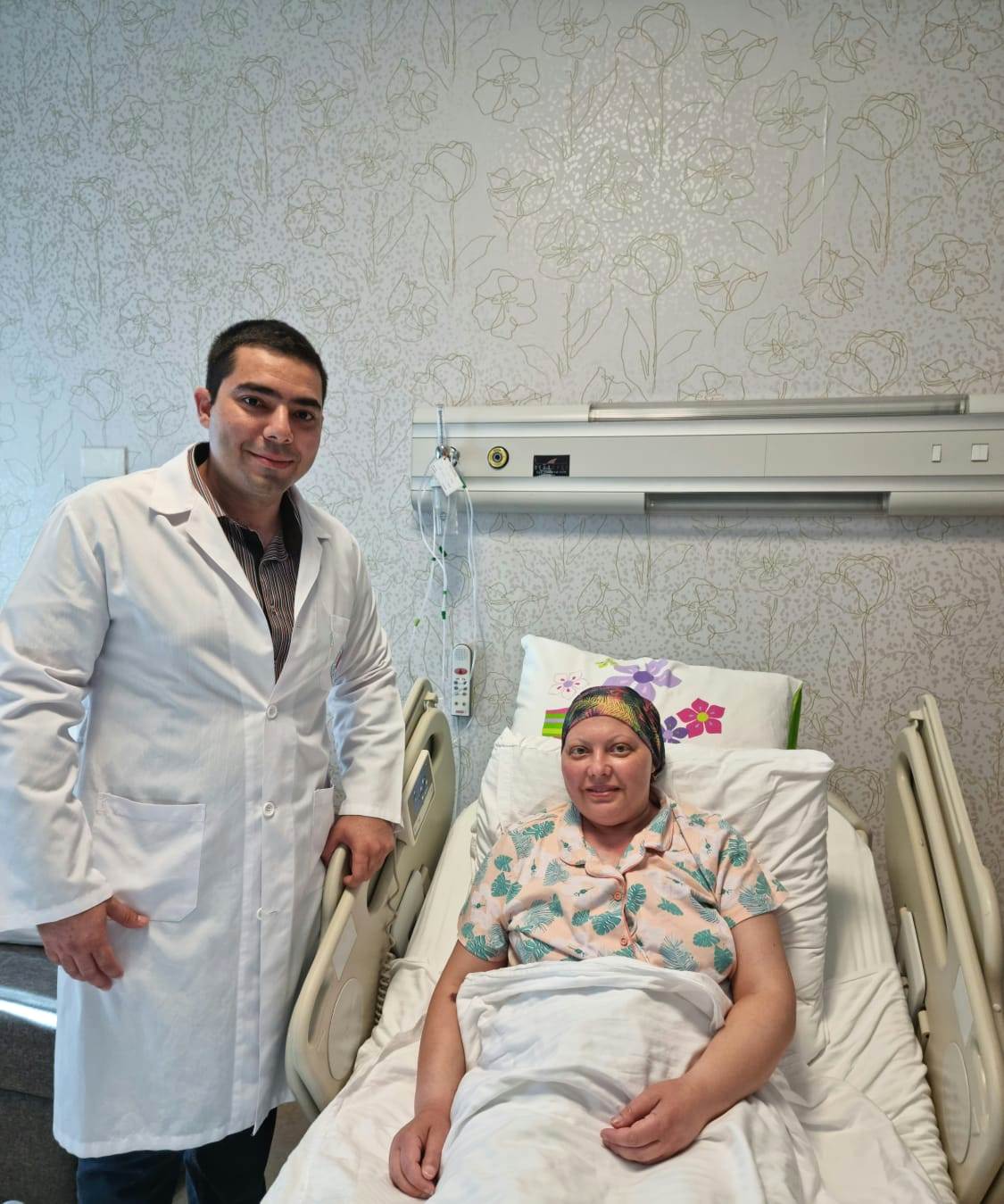 New stomach made from the small intestine
Stating that the patient underwent laparoscopic “total gastrectomy lymph node dissection” because of stomach cancer, Dr. Ahmet Soykurt continued his statements as follows; “The tumor had covered the inside and outside of the stomach and the main vein that fed the stomach. The patient’s recovery depended on the complete removal of the tumor. A risky operation was performed in this direction. With a successful operation, the entire stomach and surrounding lymph nodes were removed. A new stomach was created with a section of the small intestine and connected to the esophagus.”

Stomach Cancer Surgery with Laparoscopic Method is only performed in certain centers in the World
Zarif Hacıküçük, whose entire diagnosis, examination and treatment process was carried out at the Near East University Hospital, said, “Thanks to my doctors, my disease was diagnosed correctly in a short time. A very important progress has been made regarding the healing process with the drug treatment applied in the first stage. Thus, I had the chance to have surgery. I feel good right now. The ones who brought me back to life are Dr. Ahmet Soykurt, Prof. Dr. Abdulvahit Yükselen and Dr. Ömer Diker, thanks to them. Thanks to their experience, knowledge and right decisions, I have regained my health.”

Stating that this surgery, which is performed with the laparoscopic method, can be performed in very few centers in the world, Dr. Ahmet Soykurt said, “It was an operation that required advanced laparoscopic surgery experience. Having all the necessary equipment for diagnosis and treatment at the full-fledged Near East University Hospital contributed greatly to the recovery of our patient in a short time.