The “Three Dimensional” period begins at Near East University Hospital

The organ models produced by the three dimensional printer has already begun at the Hospital of Near East University. This model, which was first used by the Department of Pediatric Surgery, provides the patients in-depth information about the disease or the surgery to be performed.

Assist. Prof. Dr. Emil Mammadov, Head of Department of Pediatric Surgery and Medical Studies Director of NEU3D labs, made a statement to the Press and Public Relations Directorate of Near East University and pointed out that the organ models produced by the three-dimensional printers, which are highly beneficial in informing the patient before the intervention as well as contributing much to the training of students, have already started to be produced at the NEU3D laboratories which are functioning under the Center of Experimental Health Research of the Near East University.

Organ Models Produced By The Three-Dimensional Printer Reflect Real Images Of Patients
Assist. Prof. Dr. Emil Mammadov, stating that the pilot study of three-dimensional production of organ models first time started at the Department of Pediatric Surgery of Hospital of Near East University, pointed out that the biggest difference of these models from the products on the market is that the complete image is obtained from real patient imaging (tomography, MR) and that they can exactly show the pathology of the patient. 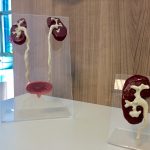 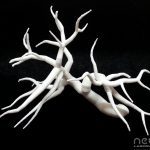